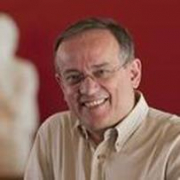 Novel bulk-edge dualities have recently emerged in topological materials from the observation of some phenomenological correspondences. The similarity of these dualities with string theory dualities is very appealing and has boosted a quite significant number of cross field studies. 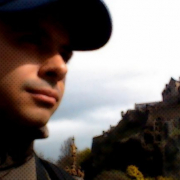 Quantum anomalies offer a useful guide for the exploration of transport phenomena in topological semimetals. A prominent example is provided by the chiral magnetic effect in three-dimensional Weyl semimetals, which stems from the chiral anomaly. Here, we reveal a distinct quantum effect, coined parity magnetic effect, which is induced by the parity anomaly in a four-dimensional topological semimetal. Upon preserving time-reversal symmetry, the spectrum of our model is doubly degenerate and the nodal (Dirac) points behave like $\mathbb{Z}_2$ monopoles. When time-reversal symmetry is broken, while preserving the sublattice (chiral) symmetry, our system supports spin-3/2 quasiparticles and the corresponding Dirac-like cones host tensor monopoles characterized by a $\mathbb{Z}$ number, the Dixmier-Douady invariant. In both cases, the semimetal exhibits topologically protected Fermi arcs on its boundary. Besides its theoretical implications in both condensed matter and quantum field theory, the peculiar 4D magnetic effect revealed by our model could be measured by simulating higher-dimensional semimetals in synthetic matter. 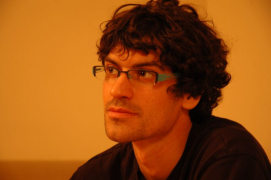 Topological phase transitions were discovered by Berezinskii-Kosterlitz-Thouless in the 70's. They describe intriguing phase transitions for classical spins systems such as the plane rotator model (or $XY$ model). I will start by reviewing how this phase transition arises in cases such as:

I will then connect topological phase transitions to a statistical reconstruction problem concerning the Gaussian Free Field and will show that the feasibility of the reconstruction undergoes a KT transition.

This is a joint work with Avelio Sepúlveda (Lyon) and the talk will be based mostly on the preprint: https://arxiv.org/abs/2002.12284

Raquel Queiroz, Weizmann Institute of Science.
To be announced