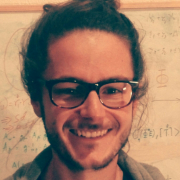 In this talk, rather than presenting new results, I will discuss relatively recent results in condensed matter which bring geometry and topology to the realm of quantum matter. In particular, I will focus on systems of free fermions. The ground state of a gapped translation invariant charge conserving free fermion Hamiltonian on a $d$-dimensional lattice can be described by a smooth map from a $d$-dimensional torus of quasi-momenta to a Grassmannian manifold. This map gives rise to a vector bundle over the torus whose isomorphism class determines the topological phase of the system. In particular, in $d = 2$, the Chern class can be naturally associated with the transverse Hall conductivity of the system. By considering families of systems of free fermions one can see phase transitions associated to the gap closing points in momentum space. The change in topology can be understood in terms of a transversal crossing of the image of the Hamiltonian in the space of Hermitian matrices with the subvariety formed by those matrices having multiple eigenvalues. Further geometric aspects will be discussed if time permits to do so.

Mera The geometry and topology of free fermions QM3 slides.pdf