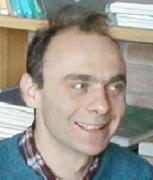 In the presence of a strong magnetic field, and for an integer filling of the Landau levels, Coulomb interactions favor a ferromagnetic ground-state. It has been shown already twenty years ago, both theoretically and experimentally, that when extra charges are added or removed to such systems, the ferromagnetic state becomes unstable and is replaced by spin textures called Skyrmions. We have generalized this notion to an arbitrary number $N$ of internal states for the electrons, which may correspond to the combination of spin, valley, or layer indices. The first step is to associate a many electron wave-function, projected on the lowest Landau level, to any classical spin texture described by a smooth map from the plane to the projective space $\mathbb{CP}^{N-1}$. In the large magnetic field limit, we assume that the spin texture is slowly varying on the scale of the magnetic length, which allows us to evaluate the expectation value of the interaction Hamiltonian on these many electron quantum states. The first non trivial term in this semi-classical expansion is the usual $\mathbb{CP}^{N-1}$ non-linear sigma model, which is known to exhibit a remarkable degeneracy of the many electron states obtained from holomorphic textures. Surprisingly, this degeneracy is not lifted by reintroducing quantum fluctuations. It is eventually lifted by the sub-leading term in the effective Hamiltonian, which selects a hexagonal Skyrmion lattice and therefore breaks both translational and internal $SU(N)$ symmetries. I will show that these optimal classical textures can be interpreted in an appealing way using geometric quantization.