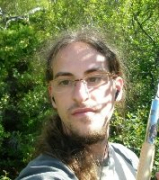 Emergence of anomalous transport laws in deterministic interacting many-body systems has become a subject of intense study in the past few years. One of the most prominent examples is the unexpected discovery of superdiffusive spin dynamics in the isotropic Heisenberg quantum spin chain with at half filling, which falls into the universality class of the celebrated Kardar-Parisi-Zhang equation. In this talk, we will theoretically justify why the observed superdiffusion of the Noether charges with anomalous dynamical exponent $z=3/2$ is indeed superuniversal, namely it is a feature of all integrable interacting lattice models or quantum field theories which exhibit globally symmetry of simple Lie group $G$, in thermal ensembles that do not break $G$-invariance. The phenomenon can be attributed to thermally dressed giant quasiparticles, whose properties can be traced back to fusion relations amongst characters of quantum groups called Yangians. Giant quasiparticles can be identified with classical solitons, i.e. stable nonlinear solutions to certain integrable PDE representing classical ferromagnet field theories on certain types of coset manifolds. We shall explain why these inherently semi-classical objects are in one-to-one correspondence with the spectrum of Goldstone modes. If time permits, we shall introduce another type of anomalous transport law called undular diffusion that generally occurs amongst the symmetry-broken Noether fields in $G$-invariant dynamical systems at finite charge densities.