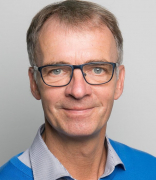 Topological states of matter have fascinated physicists since a long time. The notion of topology is however ususally associated with ground states of (many-body)-Hamiltonians, which are pure. So what is left of it at finite temperatures and can topological protection be extended to non-equilibrium steady states (NESS) of open systems? Can suitable observables be constructed that preserve the integrity of topological invariants for mixed states and what are measurable consequences of their existence? Can we classify the topology of finite temperature and NESS using generalized symmetries? Motivated by topological charge pumps, first introduced by Thouless, I will first discuss a topological invariant for systems that break time reversal symmetry based on the many-body polarization, called ensemble geometric phase (EGP) [1]. In contrast to charge transport, the EGP can be used to probe topology in one dimensional non-interacting [2] and interacting [3], closed and open systems alike. Furthermore different from other constructions, such as the Uhlmann phase, it can be extended to two dimensions [4]. I will then extend the definition to systems with time-reversal symmetry and finally talk about measurable consequences of mixed-states topological invariants. 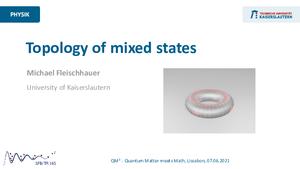